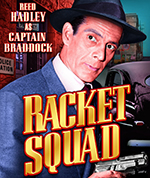 Only color "Road" movie has lush trappings, many guest stars and good laughs. Hope and Crosby play a pair of Vaudeville performers in competition for Dorothy Lamour, pursuing her to the South Seas island of Bali, where they must content with all sorts of jungle dangers, from cannibalistic natives to various Hollywood stars who appear in hilarious cameos. The Humphrey Bogart scene is a classic. Excellent entry in series.

Road to Recovery – The Holleys

The Road of Recovery features the southern-style family harmonies and heart-warming testimonies of The Holley's!

Answers in Genesis - Tune In