Angels In Our Midst 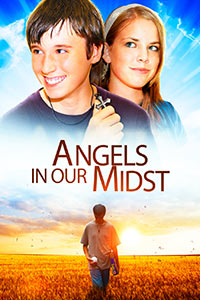 Tobey Marshall has been deeply traumatized by the death of his parents at the World Trade Center on 9/11, and has created his own world where he believes he is protected by a guardian angel. Outcast by most of his peers, he is befriended by Suzy, whose own faith is in question. Popular basketball player and bully Jim Doder fancies Suzy and frames Tobey for the actions of himself and his gang. In the dramatic and exciting climax, Tobey must prove his innocence to Suzy and the whole school by facing reality and confronting Jim Doder in public.

Julie and Friends - Tune In

The Roy Rogers Show - Tune In

The Rescue Cry from the Mountain
Scroll to top